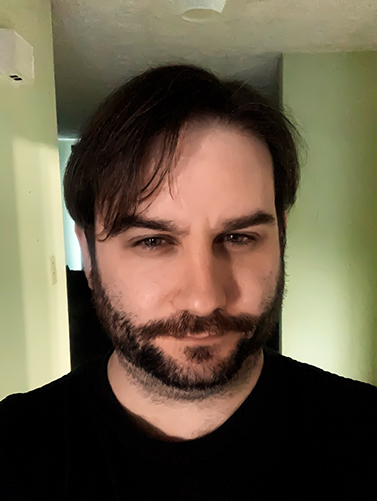 I am truly unique, come from a unique background, and thus, am far more than most believe at first glance. I am much more than ambitious, determined, and eternally curious, I am a survivor. I’ve survived the worse of the worse. I come from an abusive family and have survived devasting injuries. Curious to what I survived? Try complete paralysis and amnesia caused by an impact by a city bus to the upper right ocular. I was given 9 years to live, was isolated from the majority of my extended family due to events outside of my control. And, survived longer than what the doctors, at my admittance after my accident, had predicted. Despite my history with the perils of injury and abuse, I’ve grown into something other than the trash I am directly related to.

At 13 years old, which would be in 1994, I started my first business. I looked after a few kids after school. This allowed me to start learning the value of money.

While, I have always been able to code from a young age, and have always been able to use a computer, it is at the age of 15, in 1996, that I finally orient directly towards coding. A year later I would move from coding for computers towards coding for the Internet, this is what lead to the birth of Zed Axis Dot Net, however, it was named SWDC back then.

At the age of 17, I had to take two optional courses, I took one focused on computers and the other was focused on Lifeguarding. Learning to save a life felt extremely empowering. Being able to do something when no one can, is not something everyone can understand.

At the age of 18, the year doctors predicted I was going to die, I entered college, specifically in the program called Publication Design and Management. I took great insult at this course being nothing more than Office Systems Technology repackaged and made to look like an art course. And, it especially didn’t help to have textbooks and courses teaching a class of students how to use a mouse and keyboard when we were all required to have teachers write letters attesting to our knowledge of computers.

At the same time, I joined the Champlain College Charity Club and helped with a great deal of charitable causes for the following four years, the last two years being the Vice President External.

The following year, I joined The Champlain Edge, the student newspaper. In much the same way real newspapers work, we had to seek real advertisers to fund our newspaper, which was one of my tasks. I, also, helped with the maintenance of printer equipment, the computer, helped acquire the Internet for the club, something unheard of back then in that college, and was the technology columnist.

Halfway through my second year of college, finally convinced that Publication Design and Management wasn’t for me, and a waste of my time, I changed program and entered Creative Arts. I quickly focused on Photography. I was, also, a poet at that time. It is at this time that I become a literary artist in my own right, as my works started being published in the student newspaper, books, cassettes and compact discs. It is, also, at this time that my focus on photography becomes locked on the real beauty of the human emotional expression.

During college I tried working a series of jobs to pay for school, starting with being an archivist between my first and second year of college. This was the first time I worked for someone else other than myself. I learned plenty of skills relating data acquisition and research. Later on, I’d enter into telemarketing, which wasn’t for me at the time. After my second year of college, I was hired to do cashier accounting for Reno Depot for the summer. I can tell you from my experience that the company had no idea how wasteful it was to have all the information already at its fingertips just to ignore it and do the paperwork by hand.

My later years of college would have me working for the College Bookstore, Web development, grocery stores, cafeterias, car shows and an auto mechanic shop.

At this point I enter working into retail business by working for a convenience store during the night shift and working myself up to assistant manager. I, also, continued my work as a web developer at this point of my life, too. During my time at this convenience store, I would come across a terrible situation, involving a colleague, which I would assist in dealing with. That situation marked a large portion of my life, time and self-worth.

At this point, I, also, move out and for the first time become responsible for my own self and have never looked back. I would change job working for a different retailer, this time the evening shift and working with fuel. Around this point, I, also, cut my ties with the rest of my own abusive family.

In 2010, I start the podcast, TQA Weekly, which started on iTunes and less than 10 episodes in, was, also, launched on YouTube, and continues to exist to this day.

In 2012, after two years of work, I became a Youtube Partner, which finally allowed me to begin deriving revenue from all my hard work.

In 2013, I become a foster parent to one of the children of my former colleague, as her daughter needed a better life than what was being provided. As of March 2014, I start working for Microbytes because of my passion for gaming and technology, it, also, provided extra income to take care of my foster child, and allowed me to work on a project with her related to computers.

After the closure of computer store, I worked at, I quickly moved to streaming on Twitch as an extension of my technology podcast, as well as, to entertain others. It has provided me a new route for goals and experience allowing myself to interact with people in real time as oppose to just replying to comments on YouTube videos. I continue to stream on Twitch to this day, to which I achieved my goal of Twitch Affiliate, and I continue to be a YouTube Partner and continue to publish weekly episodes of TQA Weekly to this day.